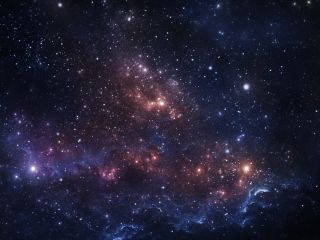 You probably think about viruses only when you’re sick, but there’s a group of microbiologists who want to change that. In fact, they want you to consider the possibility that viruses may be found in space.

Now this grim prospect has started to look a little bit more likely following the revelation that killer viruses could survive out there in the endless void. Huge fight broke out between relatives at toddler’s inquest A human would last less than 20 seconds in the cold and empty vacuum of space – the time it would take to use up all the oxygen in the body.

The lack of atmosphere would cause gas bubbles to form in the blood and other fluids, blowing the person up into a balloon before they die from decompression.

But viruses are very hardy and could be living everywhere in the universe including other planets, moons and even the void of space, Nasa scientists suspect. If we find viruses on Mars, it’s a fair bet to assume other lifeforms existed there too.

Now a team of scientists are calling on space agencies to look for them in liquid samples from Saturn and Jupiter’s moons as well as rocks from Mars. If we manage to detect viruses in these samples, it could prove if they really can survive in space and allow us to identify just how much risk they pose to our species.

Biologist Prof Stedman, from Portland State University in the United States, said: ‘More than a century has passed since the discovery of the first viruses. ‘Entering the second century of virology we can finally start focusing beyond our own planet.’ If a space explorer contracted a space virus or one found its way to Earth, the results could be devastating because humanity will have no resistance to it.

In a recent review, published online Jan. 10 in the journal Astrobiology, a trio of scientists from the U.S. and Japan posited that viruses may be spread across interplanetary space. Those researchers want to convince astrobiologists to devote more time looking for these curious molecular machines.

A virion — the form a virus takes outside of a host — consists of genetic material encapsulated in a protein shell. Some viruses also have an outer lipid layer called an envelope. One way to think of a virion is as a seed or a spore, the authors wrote.

Viruses straddle the definition of life. They lack the machinery to reproduce on their own, so they must infect a host cell and hijack its machinery. This has led to decades of debate over whether viruses should technically be considered living.

But for the review authors, viruses’ reproductive methods are enough. Indeed, “when one considers the whole virus replication cycle, it comes close to NASA’s working definition of life: ‘a self-sustaining chemical system capable of Darwinian evolution,'” the review said.

Semantics aside, if scientists were to identify a virus in space — on a meteor, perhaps — very few people would claim the discovery was not evidence of life in space, the authors wrote.

So why aren’t scientists prowling the Martian surface, the lakes of Titan or the geysers of Enceladus for evidence of these tiny “life-forms”?

In part, it’s because the technology to do so is still in development, said senior review author Kenneth Stedman, a professor of biology at Portland State University. Currently, scientists are searching for chemical signatures they can use to identify viruses in the fossil record. But if they can’t find viruses in really old rocks on Earth, they won’t be able to do it in really old rocks on Mars or Titan, he said.

Viruses are not metabolically active on their own, so they produce few by-products. Lipids in the envelopes are the current front-runner for a virus biomarker, since these compounds can survive for hundreds of millions of years, Stedman told Live Science. But scientist have yet to establish that these molecules are unique to viruses, and don’t exist in any cellular organism as well.

Currently, scientists can identify viruses by looking at the structure of their shells using electron microscopes. But it isn’t possible to strap these high-powered machines onto a Mars rover, yet. And given the diversity of virus forms on Earth, Stedman said that he doubts scientists would even recognize the shape of an alien virus.

Here on Earth, viruses form a crucial part of life, Stedman said. For one, viruses are everywhere. The oceans alone contain an estimated 10^31 individual virions. That’s about 1 million times more than estimates of the number of stars in the observable universe. And viruses are integral in most of the nutrient cycles on our planet.

What’s more, viruses and cells have been coevolving basically since life arose on the planet, Stedman said. Cells evolving to resist their viral invaders give rise to new forms and behaviors. And viruses shepherd genes between unrelated cells in what scientists call horizontal gene transfer. While this process has precipitated tremendous diversity of life on Earth, it muddies the water for researchers tracking viral evolution. “If there’s any water in the mud, you’re in luck,” Stedman said.

Scientists do know that viruses use both RNA and DNA, in single- and double-stranded forms, to code their genetic information, Stedman said. All known cellular life uses double-stranded DNA, so some scientists think that viruses may be remnants of ancient life-forms that predate the development of DNA.

This is all to say that “life on Earth would be very different if there were no viruses,” Stedman said.

Scientists are currently skilled in identifying only cellular life. In addition to helping scientists learn more about our own origins, devising ways to identify viruses is good practice for recognizing other, novel forms of life we might encounter, according to Stedman. Keeping an open mind when looking for life is crucial, as many environments are quite different than Earth.

“What is life? Are viruses alive? If we find viruses [in space], is it indicative of life? And would this be life as we know it or life as we don’t know it?” Stedman asked. “We’re hoping to get people thinking about these types of definitions.”