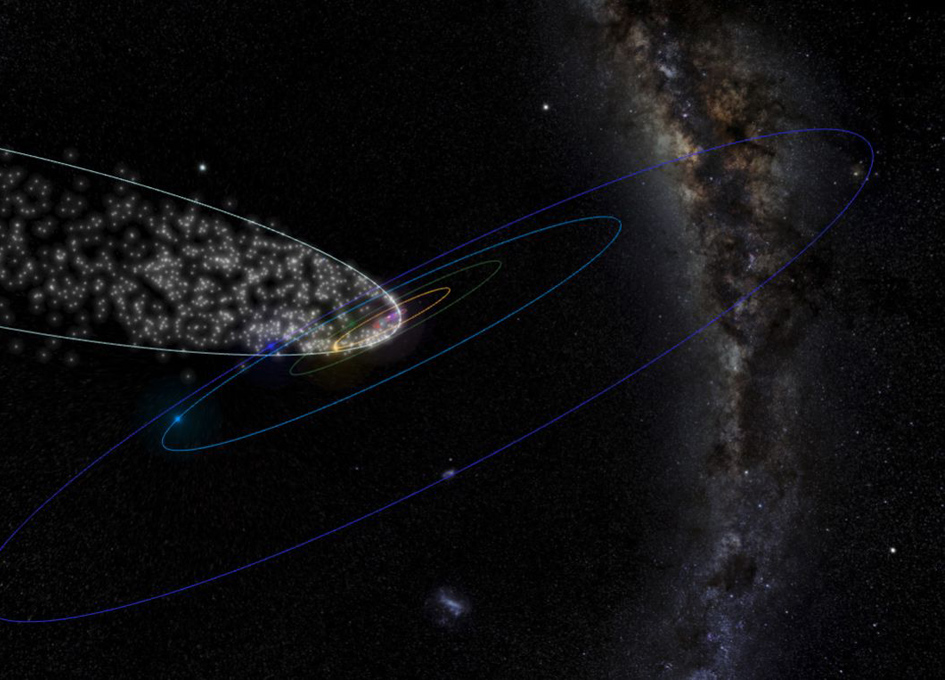 Comets that circle the Sun in very elongated orbits spread their debris so thin along their orbit or eject it out of the solar system altogether that their meteor showers are hard to detect.

From a new meteor shower survey published in the journal Icarus, researchers now report that they can detect showers from the debris in the path of comets that pass close to Earth orbit and are known to return as infrequent as once every 4,000 years.

“This creates a situational awareness for potentially hazardous comets that were last near Earth orbit as far back as 2,000 BC,” said meteor astronomer and lead author Peter Jenniskens of the SETI Institute.

Jenniskens is the lead of the Cameras for Allsky Meteor Surveillance (CAMS) project, which observes and triangulates the visible meteors in the night sky using low-light video security cameras to measure their trajectory and orbit. There are CAMS networks now in nine countries, led by co-authors on the paper.

In recent years, new networks in Australia, Chile and Namibia significantly increased the number of triangulated meteors. The addition of these networks resulted in a better and more complete picture of the meteor showers in the night sky.

“Until recently, we only knew five long-period comets to be parent bodies to one of our meteor showers,” said Jenniskens, “but now we identified nine more, and perhaps as many as 15.”

Comets comprise only a small fraction of all impactors on Earth, but researchers believe they caused some of the biggest impact events over Earth’s history because they can be big and the fact that their orbits are such that they can impact at high speed.

“In the future, with more observations, we may be able to detect fainter showers and trace the orbit of parent comets on even longer orbits,” said Jenniskens.

Every night, the CAMS network determines the direction from which comet debris is entering Earth’s atmosphere. Maps are created on an interactive celestial sphere (posted at http://cams.seti.org/FDL/) that shows the meteor showers as colored blobs. Clicking on those blobs shows the measured orbits in the solar system.

“These are the shooting stars you see with the naked eye,” said Jenniskens. “By tracing their approach direction, these maps show the sky and the universe around us in a very different light.”

An analysis of the data found that long-period comet meteor showers can last for many days.

“This was a surprise to me,” says Jenniskens. “It probably means that these comets returned to the solar system many times in the past, while their orbits gradually changed over time.”

Data also revealed that the most dispersed meteor showers show the highest fraction of small meteoroids.

“The most dispersed showers are probably the oldest ones,” says Jenniskens. “So, this could mean that the larger meteoroids fall apart into smaller meteoroids over time.”